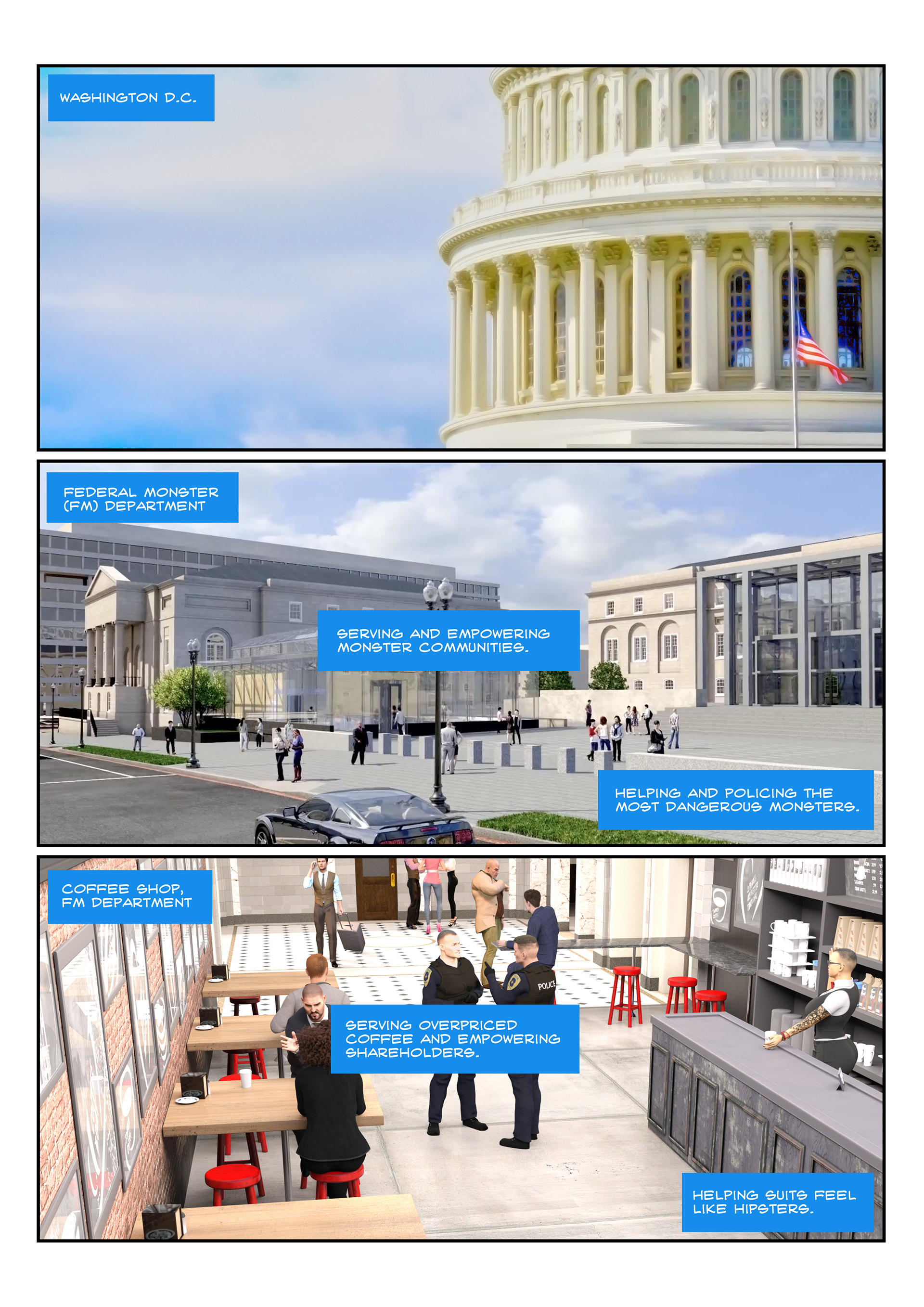 I spent forever trying to get a render of the US Capitol Building to work in DAZ 3D. All of my attempts looked terrible (a recurring theme of my work in DAZ).

Eventually, I gave up and photoshopped a real photo of the Capitol to make it look like a render. I think it looks okay-ish.

I spent even longer trying to develop the second panel. Originally I used a variety of elements to build my own Federal Monster Department campus in DAZ. It didn’t look great. The main problem was that I couldn’t find a classical building with modern flourishes in that Washington, D.C. style.

In the end I used an image of the D.C. Law Enforcement Museum, the closest approximation I could find to what I had originally conceived in my script.

The worst panel though is probably the final one. Despite being the only panel of three actually done in DAZ, it’s easily the worst.

I didn’t compose this scene very well, with the background characters heads being cut off and way too much empty space in the foreground.

The biggest issue is the leftmost cop. For some reason or other, DAZ 3D decided to completely blow out this character’s complexion. I have no idea why this happened, as this model preformed just fine in identical lighting settings in other renders.

This panel was one of the last renders I did, and, because there are a lot of models, it took a long time. Not wanting to spend the time figuring out the issue, fixing it, and then re-rendering, I did my best to fix the cop’s complexion in photoshop. It still looks terrible, but I decided at the time that I could live with it.

Ah :) the creator being his most critical critic :) Good :)

Well, whatever you did to fix it, I'd say it worked.

I’m slowly trying to add commentaries for each and every page. It takes time though.

Really, the only reason why there’s a blue narration box in the centre of each panel is that it helps distract from the deficiencies of panel 3.