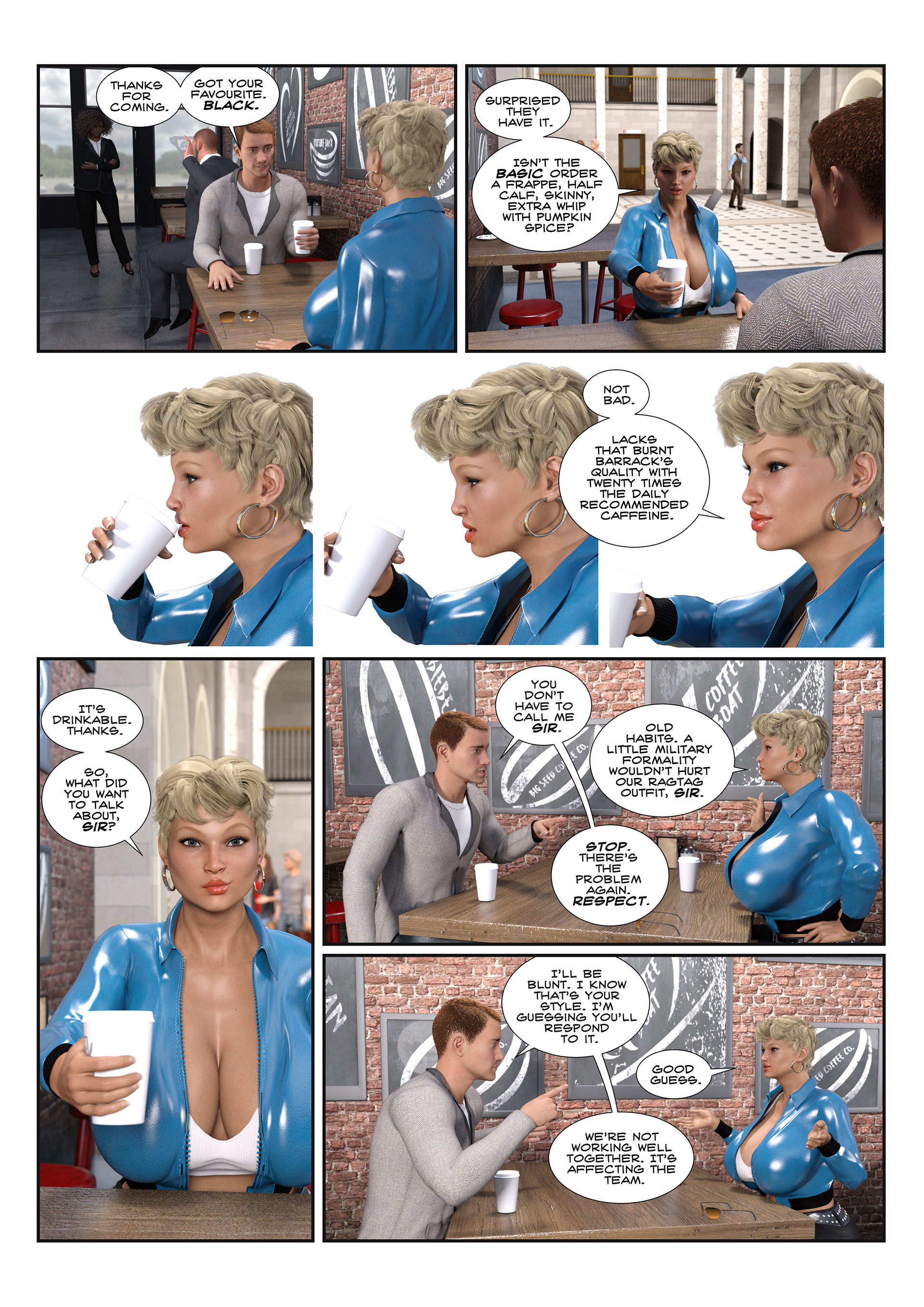 And we’re finally at some dialogue, and it’s an entire page full of it. Hurray! Action comic!

I’m mostly happy with this page. I even managed to stick to the 180-degree rule (keeping characters between panels on one side of an imaginary axis), despite not knowing what that was at the time.

Lighting is again a problem, but it’s less pronounced. The background patrons in the first panel are far too dark, making it hard to tell that they’re upset with each other. This doesn’t matter to the story, but it helps give the scene some life, so I wish I’d done a better job composing the render.

After I finished the first draft of the script for Issue #1, I quickly realized it would be a mistake to launch into it. I needed more time to practice with DAZ, and I needed to see how my script would translate into panels.

At this point I still desperately need more practice, so I have at least two more mini issues planned before I go back to working on Issue #1.

Here’s hoping I get there before my frustrations with DAZ do me in.

I just wish I'd done a better job with the lighting. It's so hard to see what's happening with those two in the background.

Well, I can tell you I did watch for what they were doing as I read XD Them running from the coffee shop was noticed ;)

They sorta disappear when Vamos attacks the cops. I guess they're hiding behind the bar or somewhere else off panel. ¯\_(ツ)_/¯