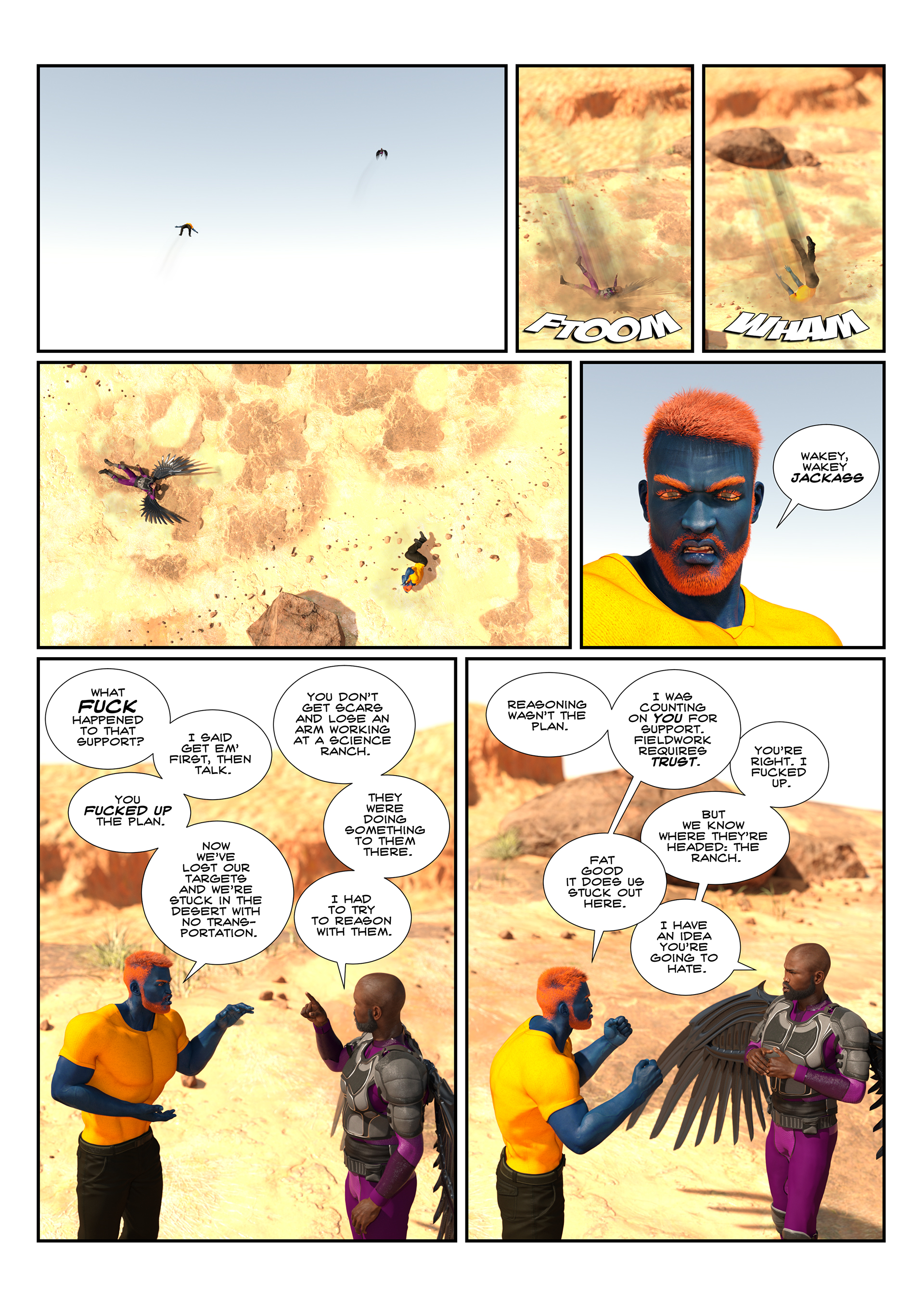 shouldn’t they be hurt?

I'll start by saying that I'm not happy with this page. I rushed this out too quickly.

And, yes, both characters should be showing more signs of injury as a result of their falls. They're not severely injured, but, in the final two panels, I should have had them nursing their wounds as they're talking.

Now, the real question: would this fall have killed or severely injured them?

So far, I've only given a basic description of their powers, but our protagonists are both much much hardier than the average person, though for different reasons.

Hawk is kinda like a bird. Lightweight bones. Low body mass. Incredible strength (some birds can lift up to five times their weight while in flight). His wings probably also created some drag which helped break his fall.

It was still severe enough of a fall to knock him out, but it didn't seriously injure him.

Orange is different case. So, far, of his Monster abilities, I've only shown that he can create simple energy constructs (such as the daggers he used in the previous pages).

What gives him that ability, also makes him stronger, more agile, and far more durable than the average human.

This fall is probably approaching the limit of what he could survive or walk away from without serious injury.

So, in conclusion, should they be showing more signs of injury?

Would they be seriously injured?

I needed to do more to show Hawk and Orange’s full power set before subjecting them to this fall.

So, as much as this page doesn’t work, a lot of the problem lies with what I didn’t include before.

thought they should be hurt from that.

I kinda figured they were tougher than the average.
As far as the injuries, I'd think the down-punch and place-kick from the giant would have provided more impact damage than even the falls.