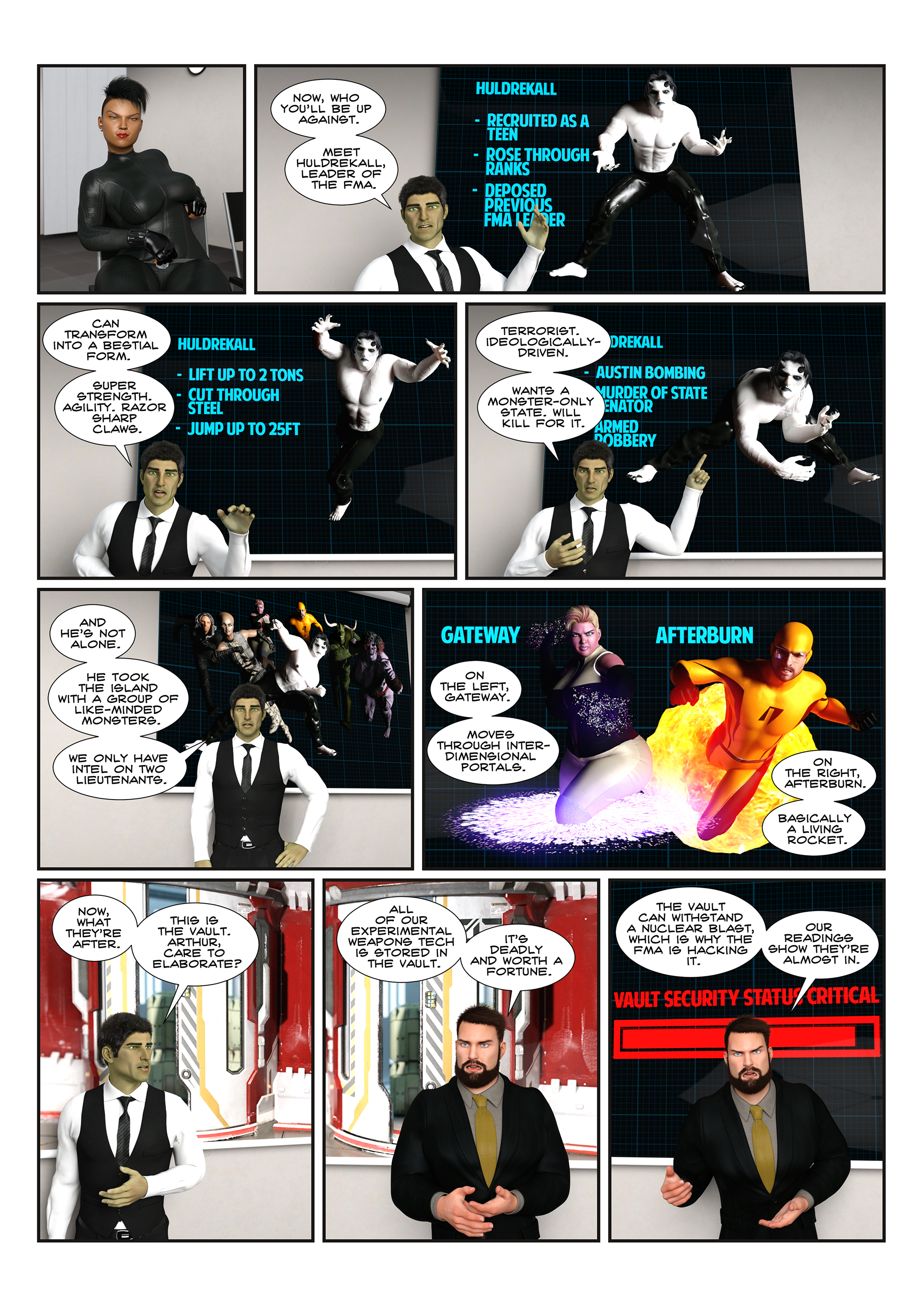 If there weren't terrorism acts, I'd say, give them an island and let them (try to) work at their monster-only state. It's not a trivial task to have a state going, even a small one.

We’ll have to see if the beliefs of the Free Monster Army (FMA) are widespread or not.

The FMA terrorists we’ve seen so far are certainly more monstrous looking than their Unit-M counterparts.

It’s not hard to see why they might be having a harder time fitting into society and have thus taken more drastic action.

>> It’s not hard to see why they might be having a harder time fitting into society and have thus taken more drastic action.

(Initially I had no idea who to say in addition and wanted to let it stay as-is. But meanwhile I have an idea:)

Fitting in... This reminds me of something that is "wrong" with your world (just in-comic, I understand that it's THE single plot point of it): Monsters. Not supers. While there are several comics where super powered beings are not single appearances, calling them monsters is a unique thing. I'd bet you will come to that eventually, as calling them monsters is a rather negative label and it appears to be an official one. It is also something to overcome when it comes to integration: It seems to be much easier to want a "super" working in one's company than a "monster", thus making to find a job for a monster unnecessarily difficult. What would be left? They could become show or movie stars - or work for the government. Right now I see no other possibility for them.

“Monster” is certainly a negative label, but we’ve already seen a few characters argue for reclaiming it. Most notably, Hawk and Dreadlocke.

It’s probably not an accident that these two Monsters, both of which have monstrous features that are impossible to hide, but also some agency, are advocating so forcefully for their identity.

Agent Orange is a pretty clear exception to this theory though. He also can’t pass for human, but seems to reject any sort of Monster solidarity.

Monsters that look normal can probably find jobs, provided they don’t have any abilities that blow up the office.

Monsters that look like monsters would certainly have a harder time. Hence, probably, why a bunch of them have become terrorists.

It’s not impossible though. Dreadlocke has a PhD, and the label “ivory tower dweller” assumes she also works at a university.