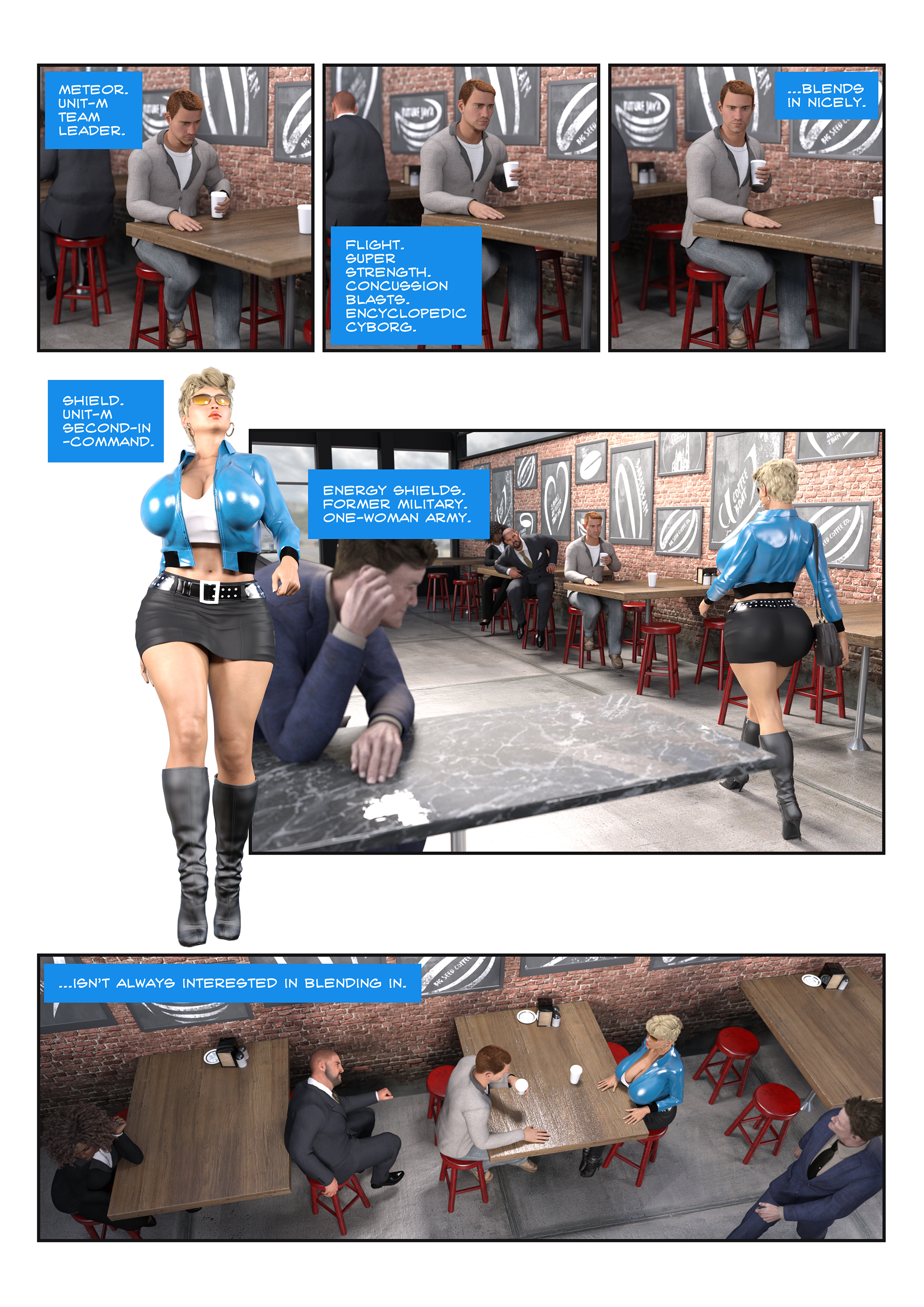 Well, if you got it, flaunt it.

If it fits the character. This outfit is probably not something Shield would wear.

She’s wearing it to satisfy the male gaze of the reader. I’m okay with some cheesecake, but this outfit goes a bit too far.